Learning as you go

The board was a brave attempt, but I should have trusted my instincts which said 'This shouldn't work. There's strange voodoo happening.' Here's the inspiration: 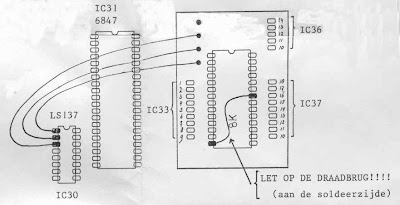 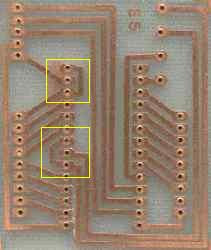 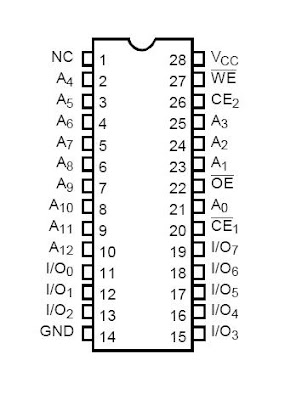 Hmm. It works because the address lines from the video RAM to the VDC are isolated from the rest of the system by some bus buffers. Unless the video RAM is being accessed by the processor it remains 'firewalled', with data presented to the bus constantly. This isn't a problem as the VDC only reads. Reads from the CPU side are also OK as the firewall is only opened as the CPU wants data on the bus. Accessing the video memory on the Atom produces snow. This will be why, then! The data in the memory location you're accessing is displayed by the VDC instead of the data at the current scan position. I'm still not 100% sure how this all works so I'll pore over the schematic with a nice cup of tea and a sticky coconut macaroon later. 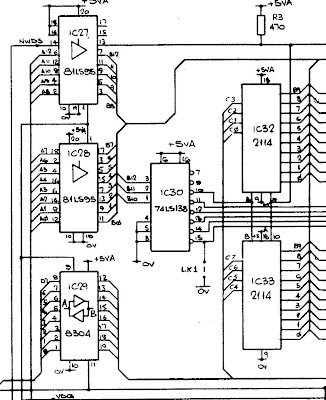 The upshot of this is that any memory expected to live on the CPU side of the tracks cannot share address lines with the video RAM. You will not be able to access the memory as the firewall is only opened for addresses in the VDC range.

I'm strangely unperturbed by this failure. I expect it's because I know that electrically everything checks out. It's just the mechanical arrangement that's wrong.