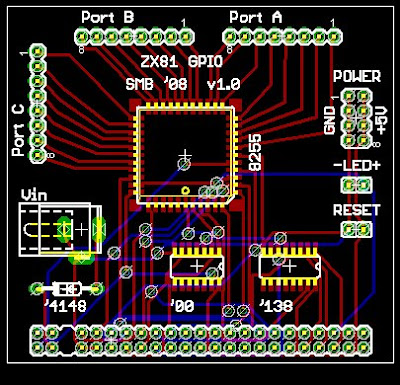 This is my 1st attempt at getting a PCB made. It was rushed so please excuse any glaring stupidity :)

A colleague was having some PCBs manufactured and had a little space left on the plate so I knocked this together during a lunch hour. I'm pretty pleased so far - the boards have come back and, despite being less than optimally packed, they're quite neat. 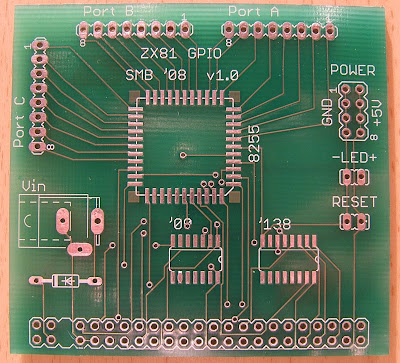 This is a ZX81 IO board. As I'm sure you've already worked out, esteemed reader! The 8255 is a general purpose IO controller and it's mapped to the Z80 IO space at ports 0x07 and 0x17. I'll be attaching the MMC card to it later :)

I've included links to the schematic and board files in case you want to fire up Eagle and have a play. This is a package with a very steep learning curve. I've been playing with it for about a year and I can only now say that I'm beginning to become confident. Version 5 has just been released which adds some polish to the mix. It wouldn't be uncharitable to say that the package weas a little rough around the edges before..! I haven't pushed V5 much - and it's likely I never will :) - but you can just tell that there's been some love and attention lavished. Hurrah for CadSoft!

Click the schematic for a very high res version. Or get the binaries from HERE.

I'll let you know how it works out when the SMT 74s arrive! 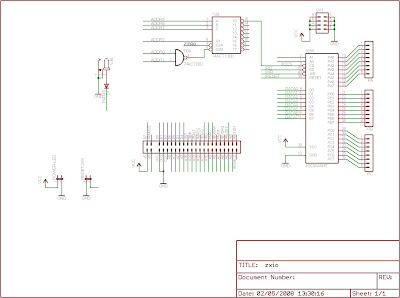