I was asked if I made a cart that would enable development on the M5. I didn't but then some time passed and I did. 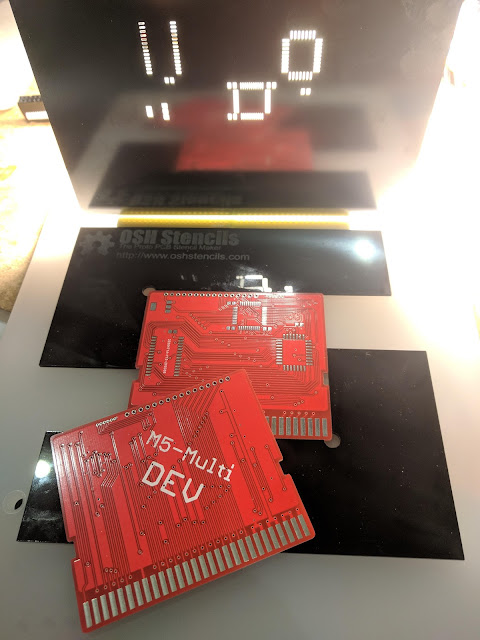 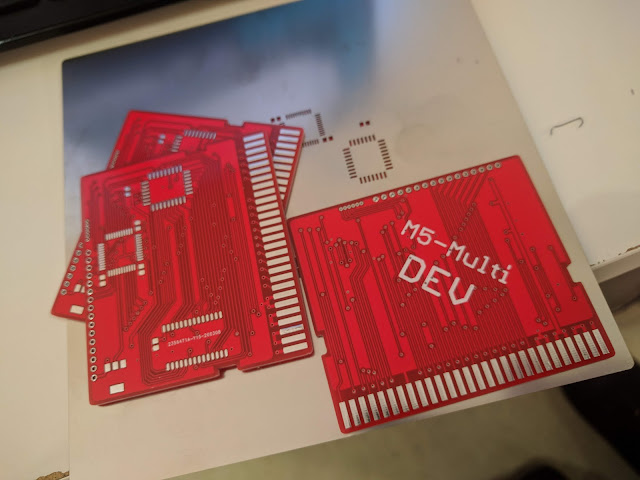 It's a fairly simple re-work of the Multi-II cart with data and some control lines broken out. And it's red. I've been paste-curious for a while now and I finally caved and ordered a stencil along with the PCBs. I've had a stencil before from the OSH people, hence the board retainers, but it didn't work out for me. This is from JLC and I have to say I'm very impressed with it. I've loved JLC for a long time now and despite trying other houses I keep going back.

I don't have an oven but I do have a very basic hot air rework station. Even at this introductory level  the process is simple and quick. I use a low temperature paste from the bay of E. The board can be pasted up, populated and cooked to perfection with a few waves of the hot-air-wand in a smattering of minutes.


But does it work? 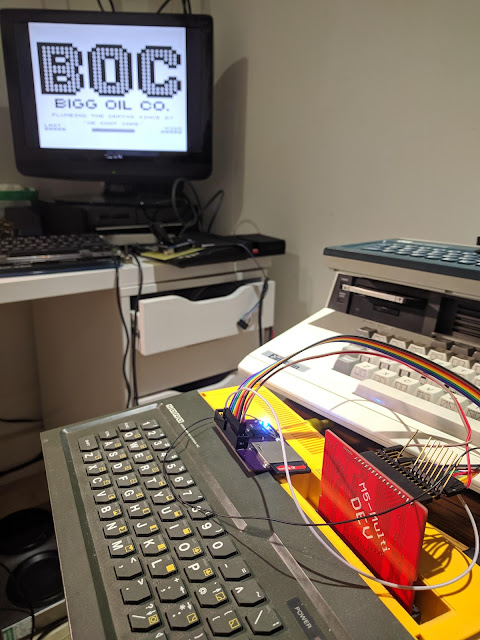 Here it is connected to an SD-X. A useful little board if I do say so myself. I should build some more really. It's very crudely integrated at the moment but the plan is to refine the interface.

This is the very first time my game BiggOil downloaded to the M5 using the board.

Right now the M5DEV decodes I/O requests into a simple read strobe and the SD-X listens out for it. When it sees the read request it puts a byte on the data bus. Repeat 8192 times. The SD-X is easily fast enough to service the IO requests and the result is an 8KB ROM image loading in under a second. 600mS to be exact-ish. It can go faster, I'm being a little conservative right now.

The plan is to either make a dedicated board to interface with M5DEV or keep it SD-X based. The former idea could be cheaper but more work, and the latter would give more options. I intend to add WiFi via serial using an ESP series chip. This could provide a basic user interface. The work cycle would be compile, boot the m5 into a helper ROM, upload code to sd-x, download code to m5. A round-trip of a few tens of seconds I reckon.

Oh yes and the M5DEV is also a fully-functioning first-class M5Multi-II!